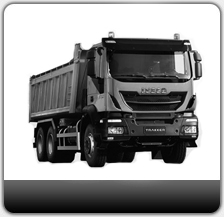 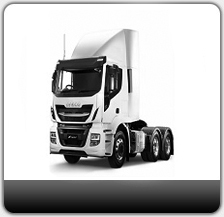 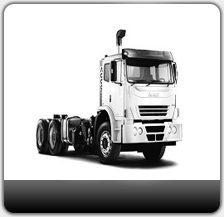 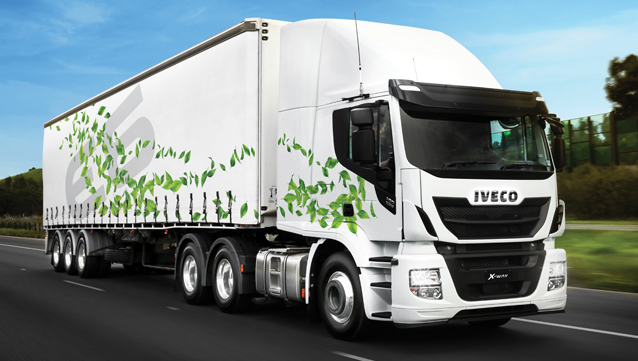 The X-Way 6x4 prime mover is available in three main variants ‘AD’ (Active Day), ‘AT’ (Active Time) and ‘AS’ (Active Space). AD is a day cab only; AT provides a comfortable sleeping compartment for occasional overnight driving and AS is the largest of the cabins with additional space better suited for spending longer time on the road.

The AS model is equipped with the larger Euro 6 Cursor 13 common rail engine producing 510 hp at between 1600 and 1900 rpm with generous torque of 2300 Nm from 900 to 1525 rpm, ensuring plenty of power  early in the rev range.  Following completion of local durability and performance testing in mid 2020 we will be releasing 570 HP with 2500 Nm torque ratings for the Cursor 13 engine.”

All models are coupled to IVECO’s new Hi-Tronix automated manual transmission, a 12-speed, direct drive unit that delivers fast gear changes and also has the ability to more efficiently select the correct ratio for the conditions.

* Higher GCMs are available on application, on all models. 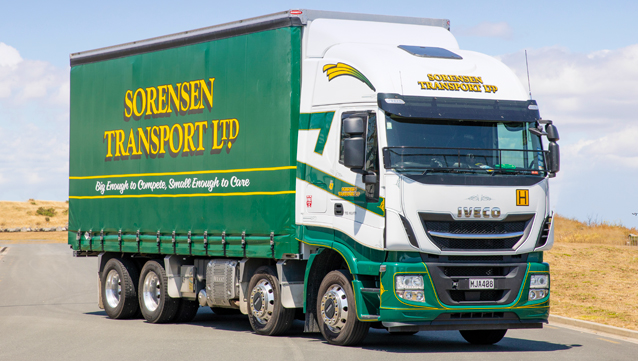 If an 8x4 is required, there are AS, AT and AD cabins on offer. AT and AD models are powered by the same new Euro 6 IVECO Cursor 11 common rail engines as prime mover variants, featuring 460hp at between 1600 to 1900 rpm and 2150Nm of torque.

* Air Suspension is an option on 8x4 models 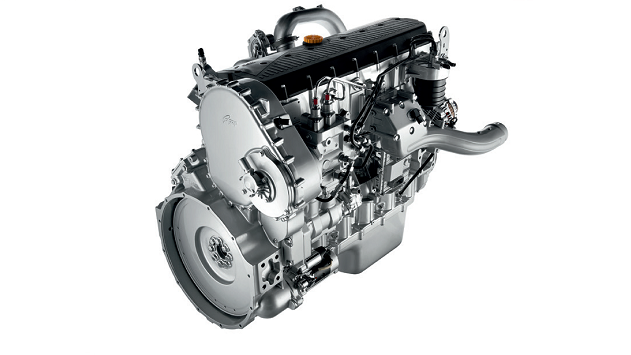 All engines include new rings and re-profiled pistons with lower tangential load to reduce engine friction without increasing engine oil consumption. The Engine structures such as the cylinder head, block, pistons, connecting rods and crankshafts have also been revised to allow higher peak cylinder pressures.

Fuel injection across the range has also been revised and now comes courtesy of a new generation Bosch common rail system with multiple injections for a more efficient combustion process – injection pressures have also been raised to 2200 bar.

The latest Cursor 11 and 13 powerplants are equipped with a new Garrett electronic Variable Geometry Turbo (eVGT), which provides immediate response even at low engine rpm.

The technology is uncomplicated and efficient, providing many advantages compared to EGR and SCR equivalents, including reduced fuel consumption, a lower tare weight and less stress on the engine because it’s not exposed to the high engine temperatures that are required during a manual regeneration.

Cursor 13 engines also benefit from a market-leading multistage engine brake that provides up to 440kW of stopping power at 2300 rpm. As well as stopping faster, the engine brake reduces wear on brake pads and discs, leading to lower vehicle total cost of ownership. 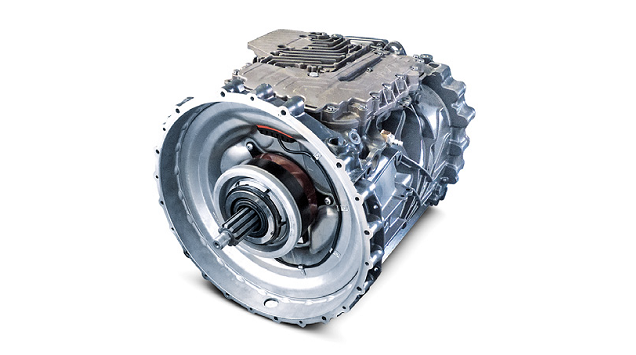 For greater flexibility, the Hi-Tronix features ‘Rocking’ and ‘Creeping’ modes and four reverse gears. These modes help manoeuvrability in confined conditions such as in loading docks or when coupling to trailers.

The Hi-Tronix also offers outstanding longevity (up to 80% higher than other AMTs) and has been durability tested to 1.6 million kilometres for a lower total cost of ownership.

An optional retarder can also be selected in the Hi-Tronix, providing the vehicle with additional stopping power when the conditions suit, delivering the ultimate performance. 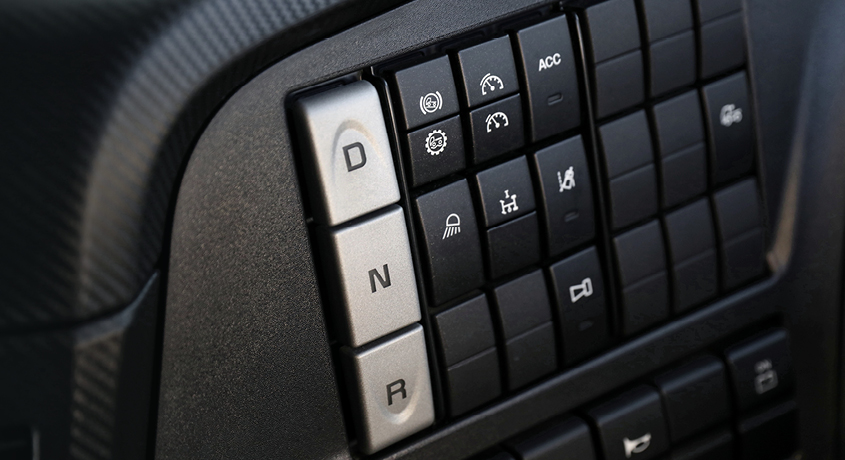 When Ecoswitch is engaged, the speed limiter is set to the default mode of 95 kilometres per hour (speed can be adjusted), the engine’s torque is also automatically cut depending on the vehicle load and the kick-down function is disabled.

The optional Ecofleet function is activated through the Eco-switch and it restricts manual gear changes to only allow a manual starting gear correction from standstill (below 30km/h). For all other operational conditions, the Hi-Tronix selects the most fuel efficient gear for the terrain and according to the truck’s payload.

Ecoroll is a feature that disengages the driveline to use vehicle inertia when travelling downhill, helping retain the truck’s kinetic energy for longer and can even slightly increase it by reducing the engine drag torque.

Any input from the driver on the controls during Ecoroll, ends the rolling function. Ecoroll is only operational between 50 and 92 kilometres per hour. Working in conjunction with the Adaptive Cruise Control, Gap Setting allows for a speed (+/-) variance versus the cruise control set speed, letting the truck operate within these broader parameters to exploit the vehicle’s momentum. The fuel saving potential is dependent on this gap setting. A recommended value of +5/-5 kilometres per hour yields the best results. Fuel saving is also possible using the X-Way’s Driving Style Evaluation (DSE) software as part of the optional IVECONNECT multimedia system 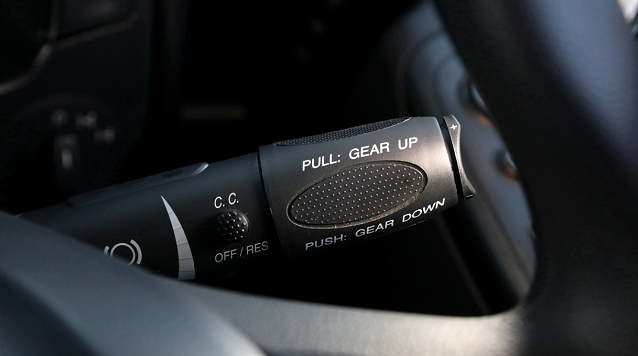 The X-Way range introduces advanced new technology designed to protect the driver and other road users, positioning IVECO as a segment leader in safety.

While equipment such as ABS, ESP and Hill Holder has become known by the market, trucks featuring EBS, BAS, ACC, AEBS and DAS are more uncommon.

EBS incorporates both Direct Braking Integration and Brake Assistant System. Direct Braking Intervention coordinates and distributes the necessary braking forces between the wheel brakes, engine brakes and intarder (if option selected) to provide smooth and superior overall braking performance. Depending on the load conditions, the engine brake and intarder are then also activated when braking by pressing the brake pedal itself.

The Brake Assistance System is a device that generates the maximum available braking power when the pressure applied to the brake pedal by the driver is insufficient.

If the brake is applied during an emergency situation – recognised by the vehicle sensors at the brake pedal – and detected to be insufficient to engage ABS, the Brake Assistance System instantly increases the required pressure to engage ABS to shorten the vehicle’s stopping distance as much as possible.

Using a radar integrated into the front of the truck, the system measures the distance to the vehicle in front and calculates the time remaining to take action before a potential collision.

Before the emergency brakes engage, the driver is given an audible warning, if driver input isn’t received, the vehicle will then give a haptical warning (short brake application), followed by full application of the brakes.

This same AEBS radar is also used by the ACC system to adjust the truck’s speed by maintaining safe distance to the vehicle in front.

As well as this long list of standard safety features, models can also be specified with optional Lane Departure Warning (LDW).

Thanks to a windscreen-mounted camera, LDW recognises the road markings and sounds an audible warning (rumble strip sound) if the vehicle is moving from its lane (without indicators engaged).

DAS checks the driver’s attention by analysing steering wheel movements, if a state of drowsiness is detected a message appears on the screen and an audible signal is issued.

The TPMS automatically monitors the tyre pressures using wheel mounted modules that wirelessly transmits the details to the instrument cluster display, alerting the driver of any issues.

STANDARD SAFETY FEATURES ON ALL X-WAY PRIME MOVER AND RIGID MODELS ARE: 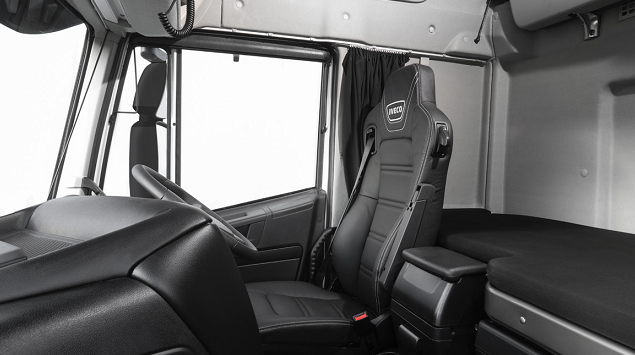 Three cabs are available in the X-Way range all provide the driver with a quiet, comfortable and relaxed driving experience:

The Euro6 X-Way is one of the most advanced and versatile trucks available. Featuring a new engine range that is still big on power and torque, while consuming less fuel and creating fewer emissions, the X-Way is available in both a prime mover and rigid in variety of 6x4 and 8x4 configurations and with availability of PTO.

Safety and technology in the range is also impressive and includes a wide selection of active and passive safety equipment, while the all-new HiTronix intelligent Automated Manual Transmission delivers greater efficiency, longevity a in cabin noise reduction of 6dB which improves driver comfort wherever the journey may lead